Camouflage print  is one of my favorite  print  styles with has an edgy and strong look to it, a  lot of designers use this strong style in their collections : Michael Kors, Christopher Kane and Gryphon .Jan Paul Gaultier,Givenchy... 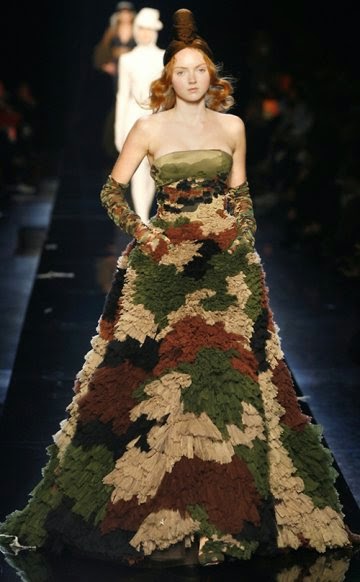 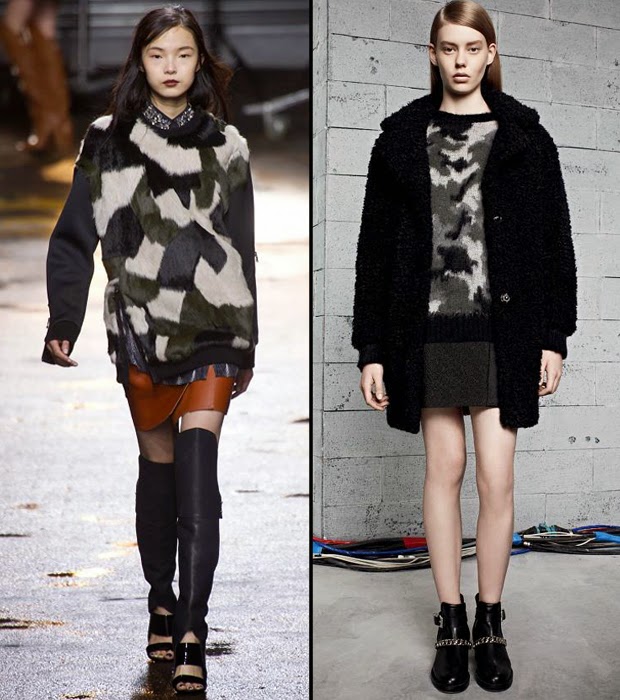 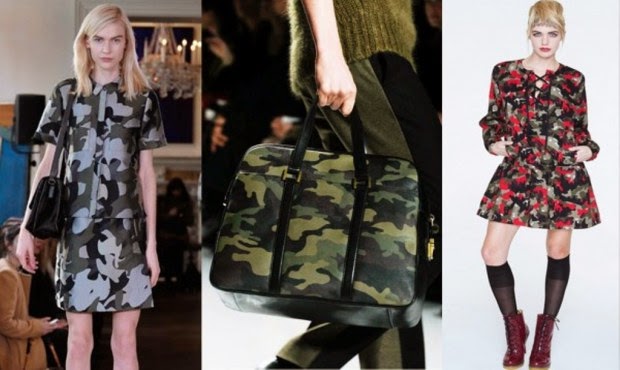 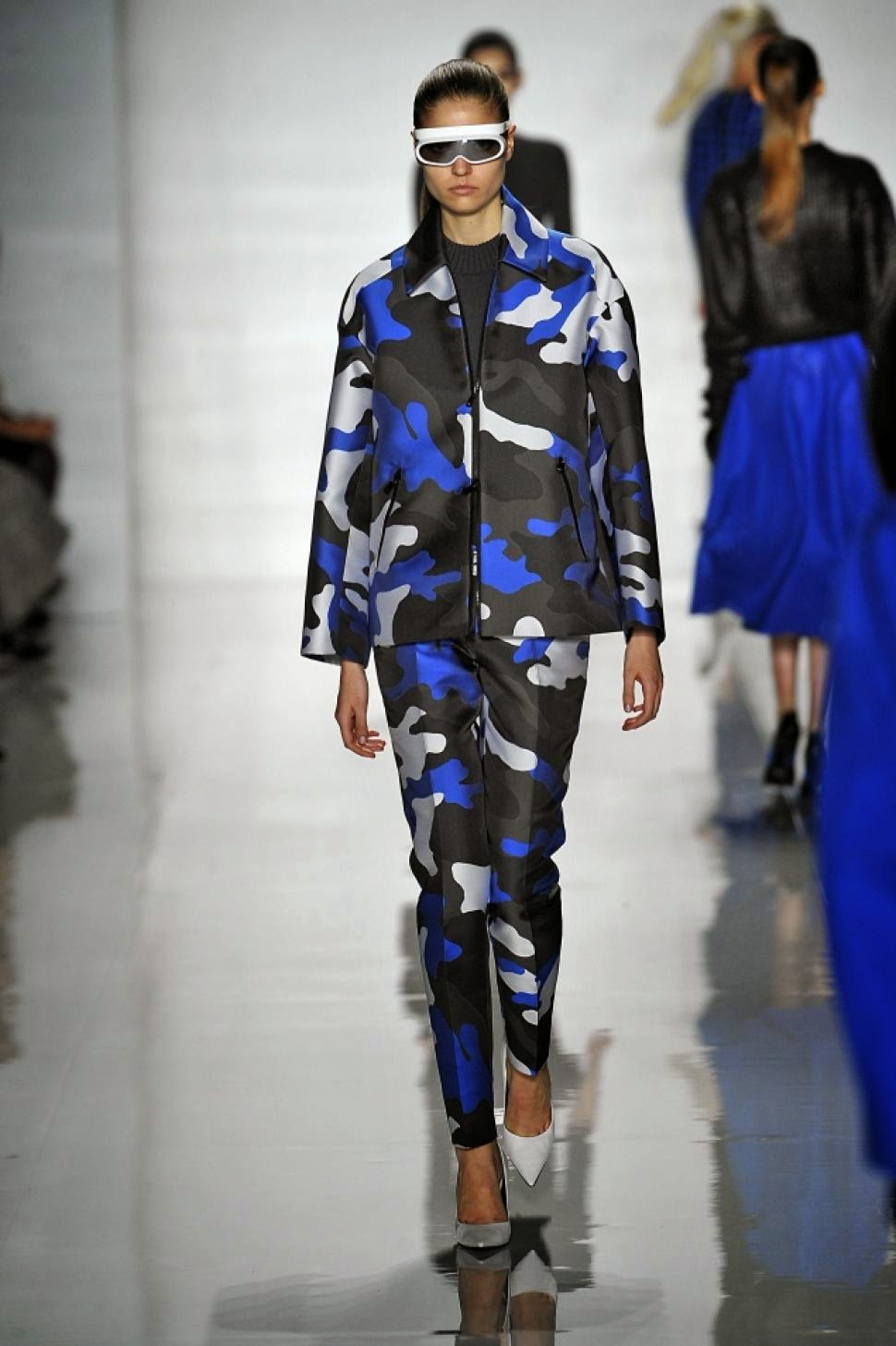 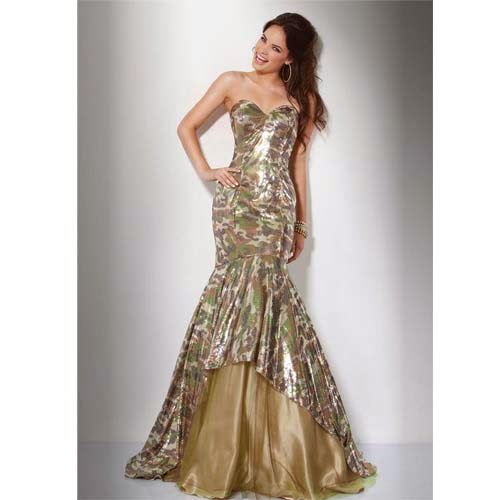 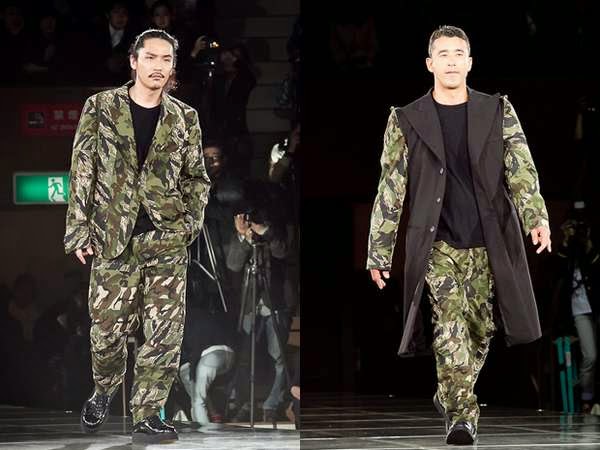 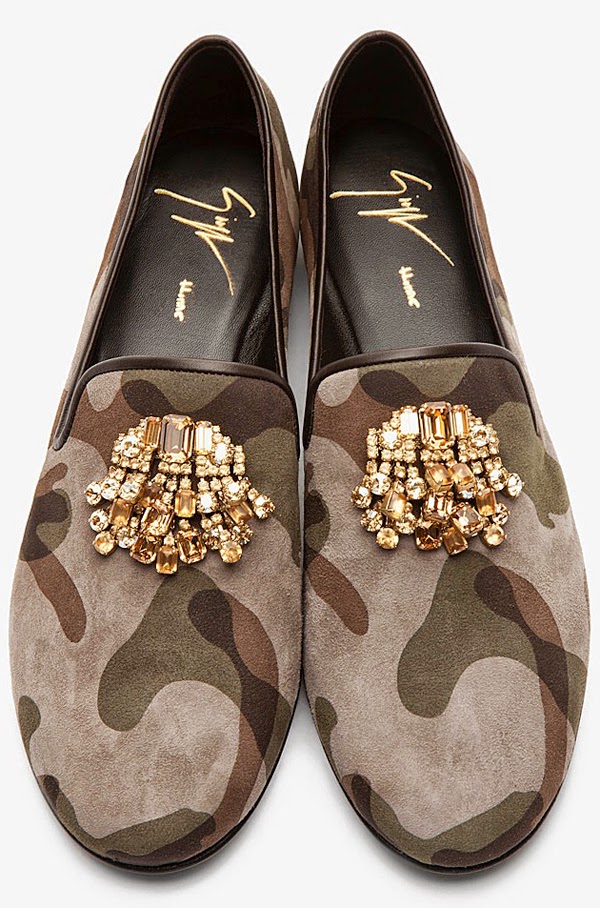 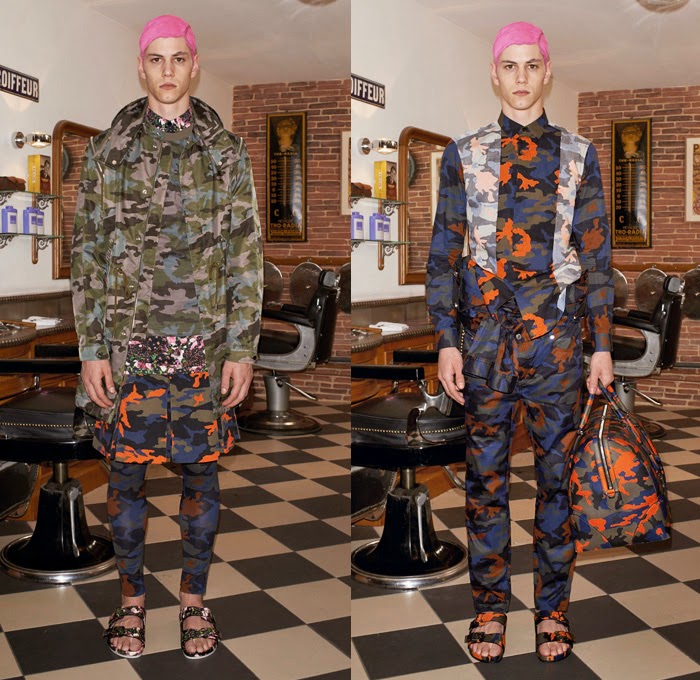 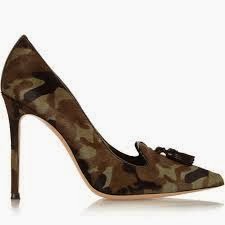 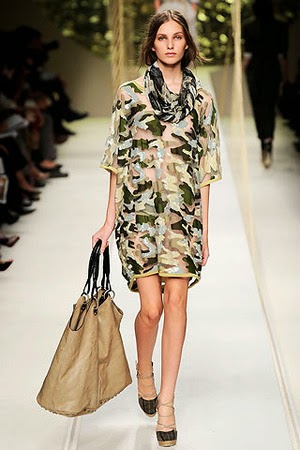 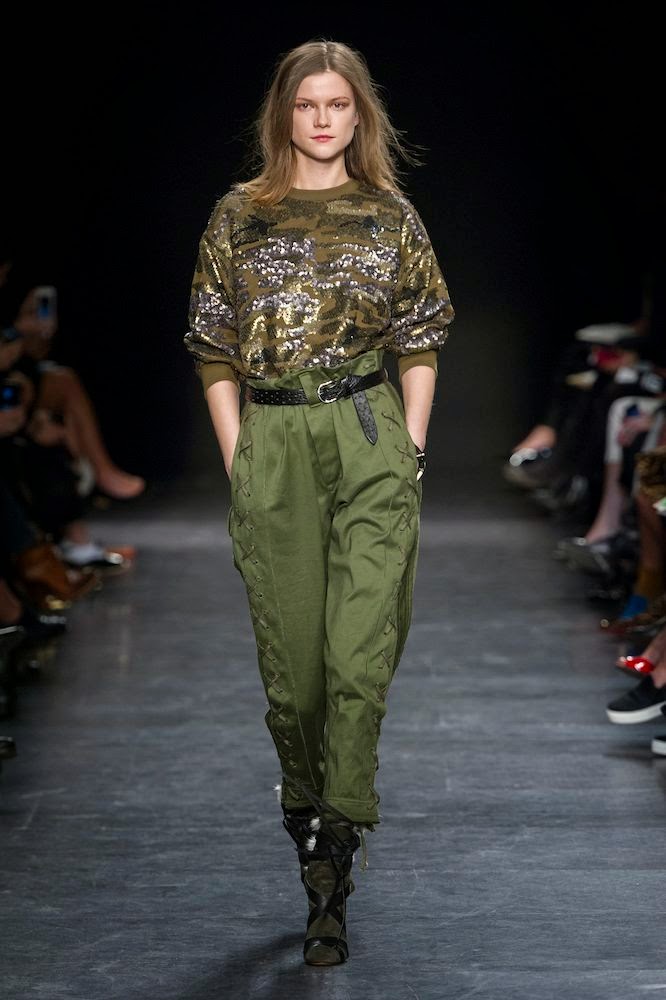 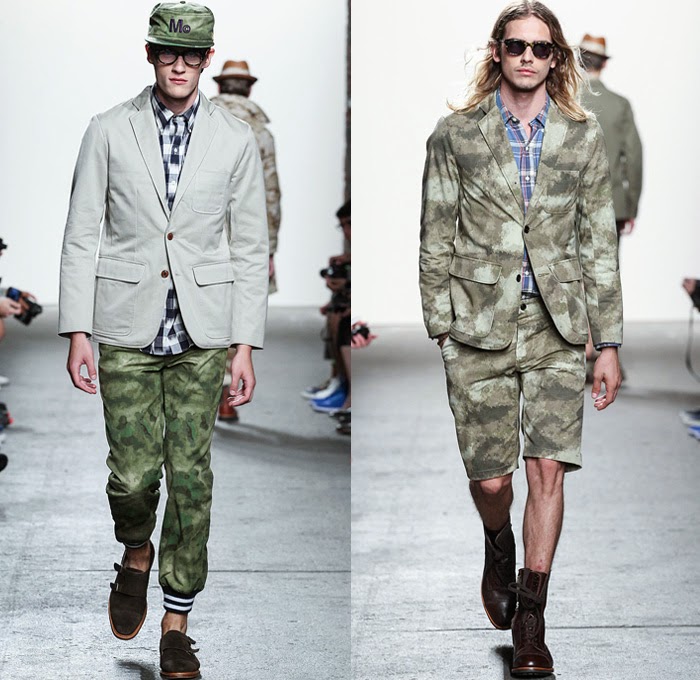 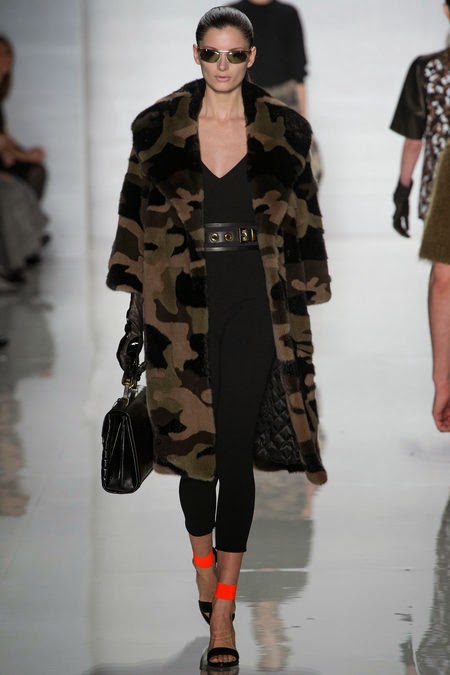 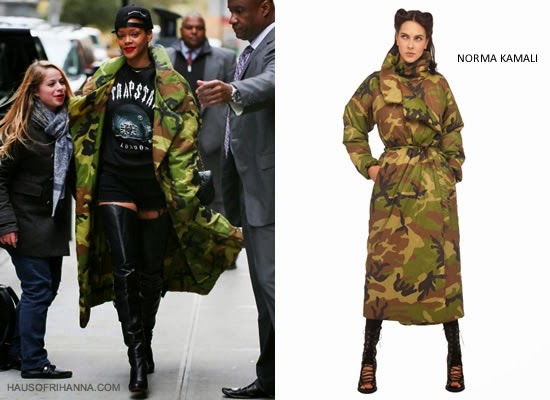 ''Military camo went mainstream after a hunting enthusiast named Jim Crumley used a Magic Marker to draw vertical tree-trunk lines on a few pairs of tie-dyed coats and pants in the late 1970s. A decade and two mortgages later, his patented "Trebark" design had gone from being featured in a few small ads in Bowhuntermagazine to appearing in nearly every major outdoors catalog in the country. When Manuel Noriega, wearing Trebark gear, finally surrended to U.S. troops, Crumley reportedly toyed with the idea of using the Panamanian general in an ad campaign with the slogan "No wonder it took so long to capture him." 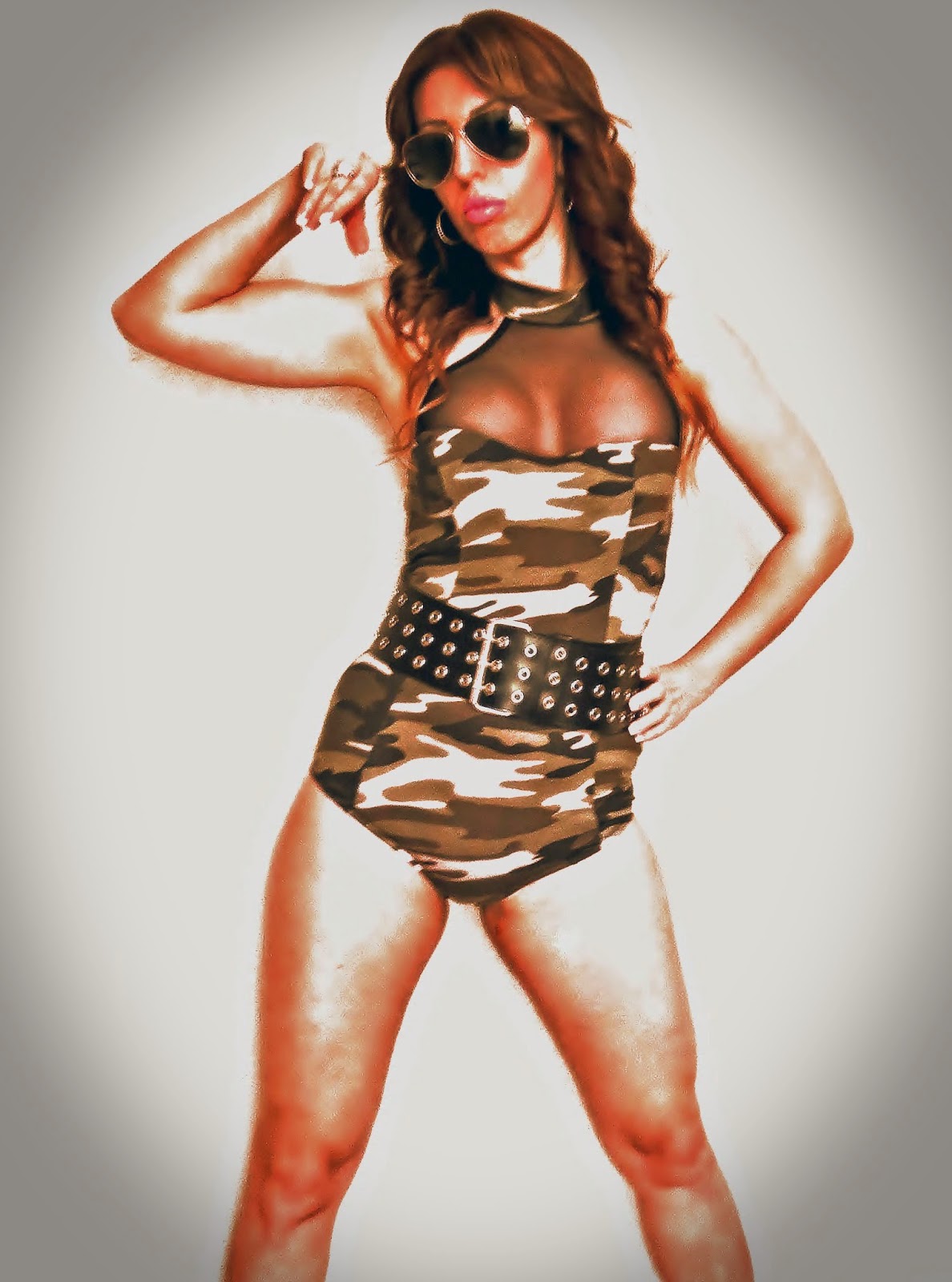 ,A camo craze swept the country in the 1980s, with teenagers and hunters alike sporting all sorts of apparel in signature splotches of green, tan and brown. Retail experts credited America's military campaigns in Lebanon and Grenada for the trend. As a manufacturer told TIME in 1984, "I think many people wear military clothes because they feel proud of the U.S." To this day, consumers can find the familiar Woodland motif in oddly conspicuous colors — neon orange, bright red, hot pink — on everything from lingerie to toilet paper. Designers like Christian Dior and Nicole Miller have even created camo couture; witness the evening gown of shimmering sequins and blotchy earth tones.
Of course, camouflage isn't stricly limited to clothing. As early as World War II, military officials advocated using netting, foliage and smoke to conceal airports, oil tankers and factories from aerial detection. High-tech vinyl-adhesive photographs now available can conceal entire bridges; temporary camouflage can be painted on military tanks and just as quickly be washed off. One Dutch defense contractor is working on thin, plastic sheets that adapt and blend into a soldier's environment by using a system of light-emitting diodes and a small camera. Another contractor, AAE, has patented a type of fabric that prevents infrared radar from detecting body heat. It's calling it the "stealth poncho." It's a long way from Abbott Thayer's sketchbook.''