- August 30, 2016
Couture Fashion Week
24th Season: September 9-11, 2016, Crowne Plaza Times Square Manhattan, New York City
Artist-Designer Alexandra Popescu-York Takes Couture Fashion Week NY on a World Trip with Her Capsule Wardrobe Collection of Timeless Essentials “Tour du Monde” and Her Monumental Paintings
Esteemed artist-designer Alexandra Popescu-York makes her sixth serial appearance at Couture Fashion Week New York with her Spring-Summer 2017 clothing collection “Tour du Monde (World Tour),” a capsule-type collection that never goes out of fashion. “Tour du Monde” is as timeless and stirring as the memories of one’s soul-enriching travels around the world, from the emblematic Côte d'Azur and Saharan sunsets to the centuries-old cathedrals, boulevards and royal gardens.
A CFWNY must see, Ms. Popescu-York’s fashion show will be held at 6:00 pm on Sunday, September 11th, 2016, in the Broadway Ballroom of the Crowne Plaza Times Square Manhattan.
As it has become customary in the past few years, two of Alexandra Popescu-York’s latest monumental (140 sq. ft.) paintings have been designated as background pieces for the ‘Glamour Rush’ show by Couture Fashion Week producer and designer Andres Aquino, one of the greatest aficionados of Ms. Popescu-York’s art.
Born and raised in Bucharest, Romania, 37-year-old Alexandra Popescu-York is a New York City-based designer and artist, a world-class power acknowledged by the industry’s best early in her career. Among the numerous accolades she has garnered is the recent inclusion of her paintings in the United Nations’ 70th Anniversary International Art Exhibition in New York. Ms. Popescu-York’s humanitarian efforts have earned her the “Ambassador of Good Hearts and Romanian Culture” title. Ms. Popescu-York is also known as Alexandra Suciu in her double role as a wife and mother. Alexander Julian and Ralph,her sons, are two of the youngest and most admired models to have strolled on the Couture Fashion Week runway.
Ms. Popescu-York’s creations are characterized by each piece’s symbolic depiction of finely selected themes. Recent themes include “Unleashed” (a rich collection of garments and accessories with a glamorous avant-garde look that is as edgy and unique as the emblematic New Yorker), “Âme de l’artiste” (soul of the artist), “Phoenix – The Legend”, “Metropolitan” (inspired by art, history and civilization highlights from the Metropolitan Museum of Art), and “GranD’Or”, a collection based on Ms. Popescu-York’s own artistic creations.
Press release by Dama PR
http://www.damapr.com/
08/30/2016
www.alexandraartanddesign.com
http://www.couturefashionweek.com/gmedia/g/VkKqV 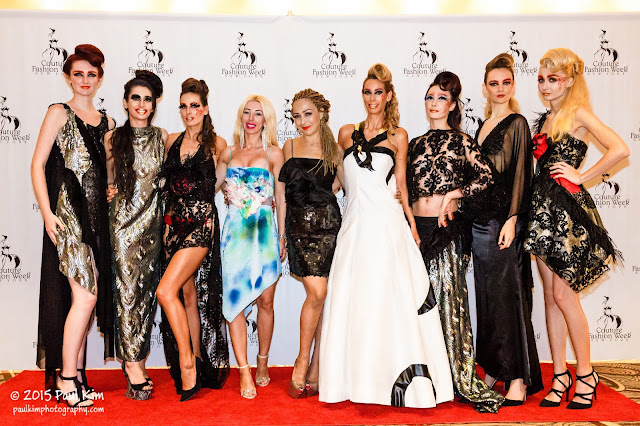 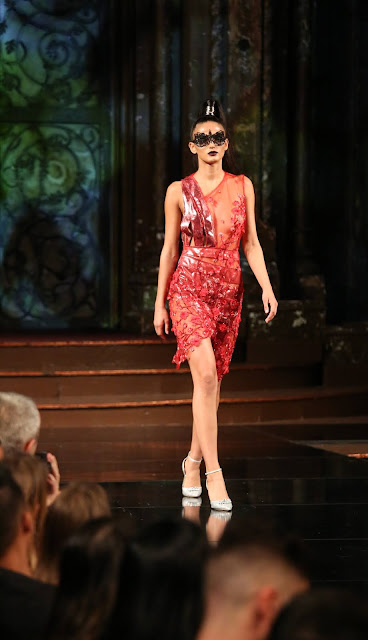 International fashion model Diana Canalas is a very appreciated Romanian model who participated many seasons at New York Fashion Week where we had the pleasure to meet her and collaborate with her . Diana had  the pleasure to  walk at New York Fashion Week he fashion week and she collaborated with couture designer Alexandra Popescu -York ,she was one of her exclusive models and she was published in some magazines wearing the designers creations. Diana was modeling around the world , being appreciated for her professionalism ,these days  Diana is participating at very popular TV  reality show ,,Puterea dragostei'' (the power of love) witch is filmed in Istanbul ,this show bring her a   great experience and a chance to  find  love. You can vote and support her: https://www.putereadragostei.ro/. Diana's plan for 2021 is to continue her modeling career and all the projects she is being  part of Diana's a really beautiful and positive person.
Read more